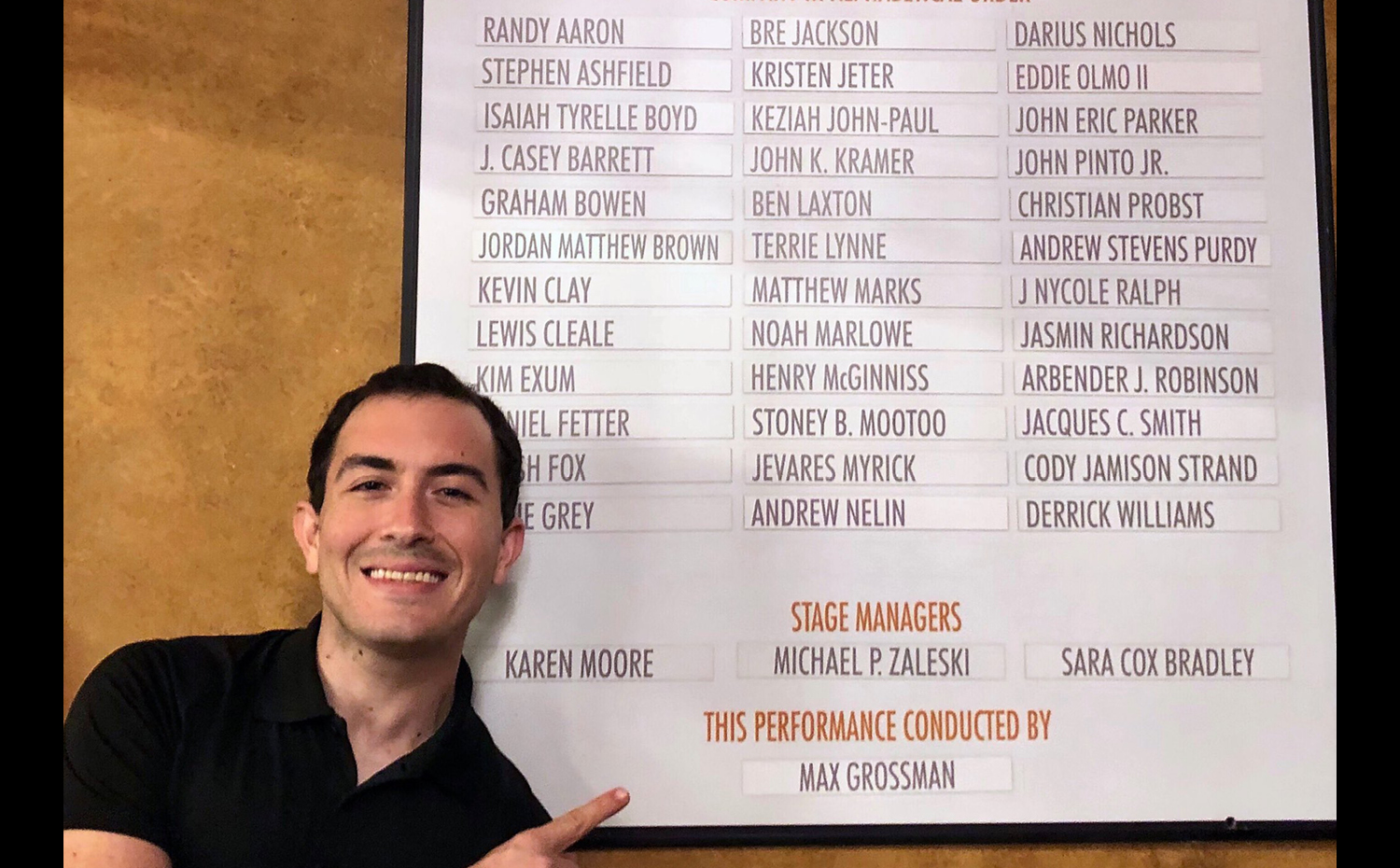 Stetson School of Music alumnus, Max Grossman, made his conducting debut on Broadway with The Book of Mormon.

A piano performance major of Stetson University (’11), Max went to Ithaca (’13) to study conducting. He has since toured with such Broadway shows like Peter and the Starcatcher, Bright Star, and Falsettos. He has also worked at some of the top regional theaters in the country such as Paper Mill Playhouse and Weston Playhouse.

As a pianist in New York City, Mr. Grossman plays auditions for top Broadway and National Tour casting agencies and has served as a vocal coach for aspiring Broadway actors at Pace University. He plays in the pits of Broadway shows, such as, Wicked, The Book of Mormon, and Beetlejuice.  This past July, Max conducted for the first time on Broadway at The Book of Mormon and looks forward to sporadically continuing to conduct throughout the show’s run.