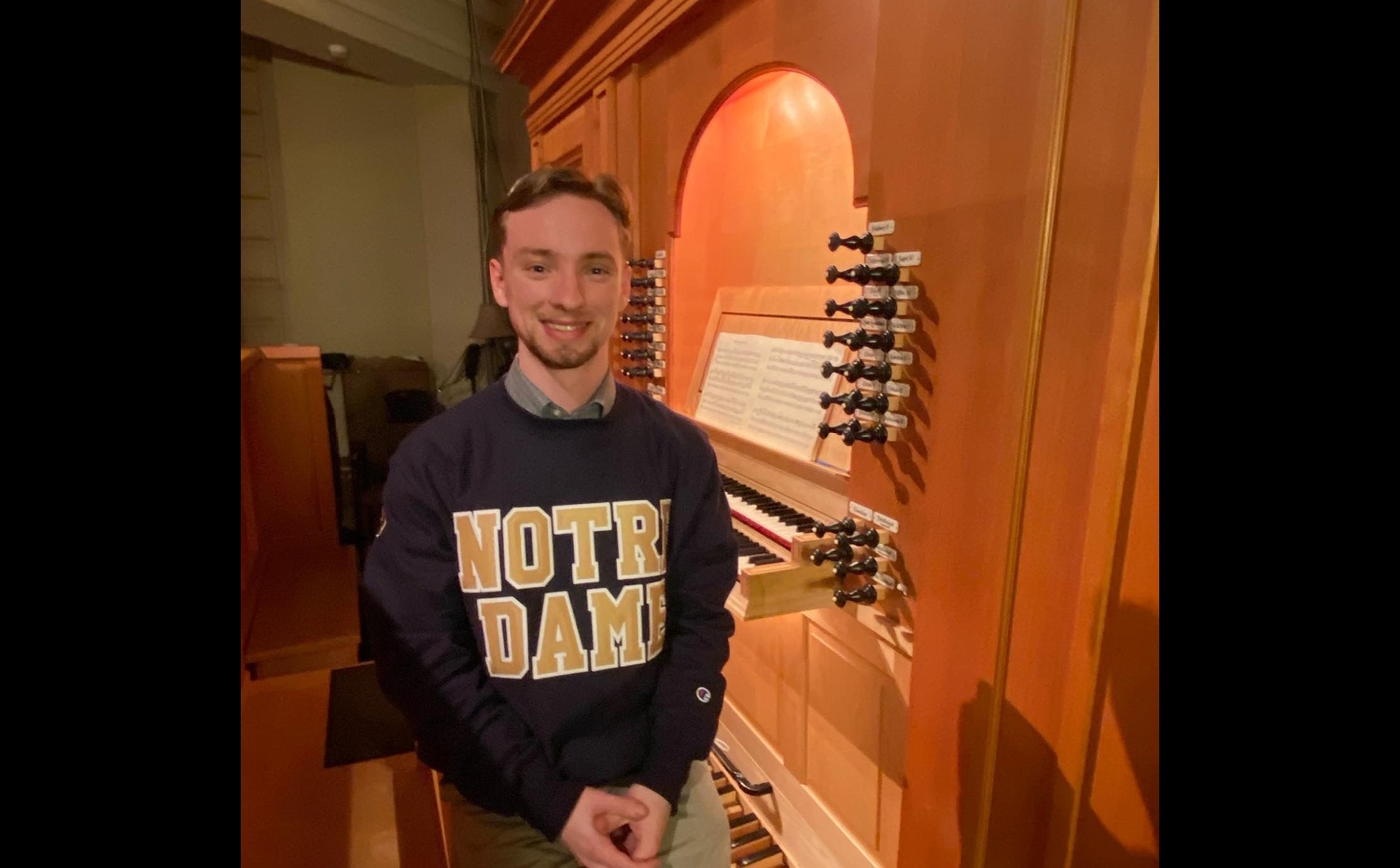 Nicholas Schefstad is a current student of Dr. Boyd Jones and an active member in the Central Florida Chapter of the American Guild of Organists. Nicholas has always been passionate about sacred music and began his organ studies at the age of sixteen in Altamonte Springs, Florida. Throughout his time at Stetson, Nicholas has held two simultaneous church positions as organist, pianist, and choral conductor. Nicholas is currently a tenor in the Stetson University Concert Choir. He is also the organist for Stetson University’s Concert Band and Symphonic Band. Academically, Nicholas has been placed on the Dean’s List every semester at Stetson.

After receiving offers from four prestigious graduate schools, Nicholas decided that the University of Notre Dame would be the best option for him because of the program’s academic excellence and Catholic identity. The benefits of the graduate program include a full-tuition scholarship, $12,500 stipend, and health insurance. While in graduate school, Nicholas will be an assistant organist for the Basilica of The Sacred Heart at Notre Dame. He will also direct children’s choirs, teach organ, and conduct various ensembles. After graduate school, Nicholas plans to become a full-time director of music at a Catholic church. Congratulations to Nicholas on this remarkable achievement!